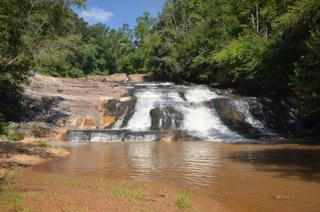 Sometimes EVTA’s trail projects are like a slow blooming flower. We get excited when the bud first appears and can’t wait until it blooms. So it is with the Carter Falls project. The bud hasn’t yet opened, but we can see the first hints of color! 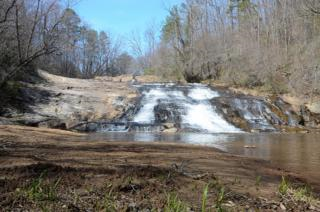 The North Carolina Council of State has approved the acquisition of the land around Carter Falls just outside of Elkin. There is still some paperwork needed, but we expect that sometime in September or October the transfer will take place.

Plans have been developed for the Mountains to Sea trail to cross the property directly below the falls. With such a spectacular natural wonder, EVTA would like to accent it with a beautiful suspension bridge. Yes, EVTA has another bridge to build. We hope you will support us as you have in the past. 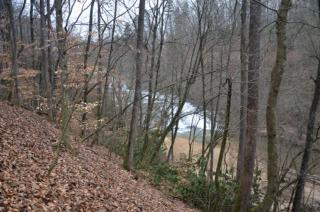 It is very difficult to adequately thank Dan Park, of Elkin, for his generosity. He has been approached many times to sell Carter Falls. But he feels it is important to give something back to the community. And what a gift it is! We hope that many of you will follow his lead in help making our community an even better place to live and work.

As Carter Falls is still privately owned, we are asking the public not to explore the falls until a full announcement is made. If you would like a “sneak peak” join us for one of our workdays in late September or October.