Posted on September 8, 2013 by myfrienddenise 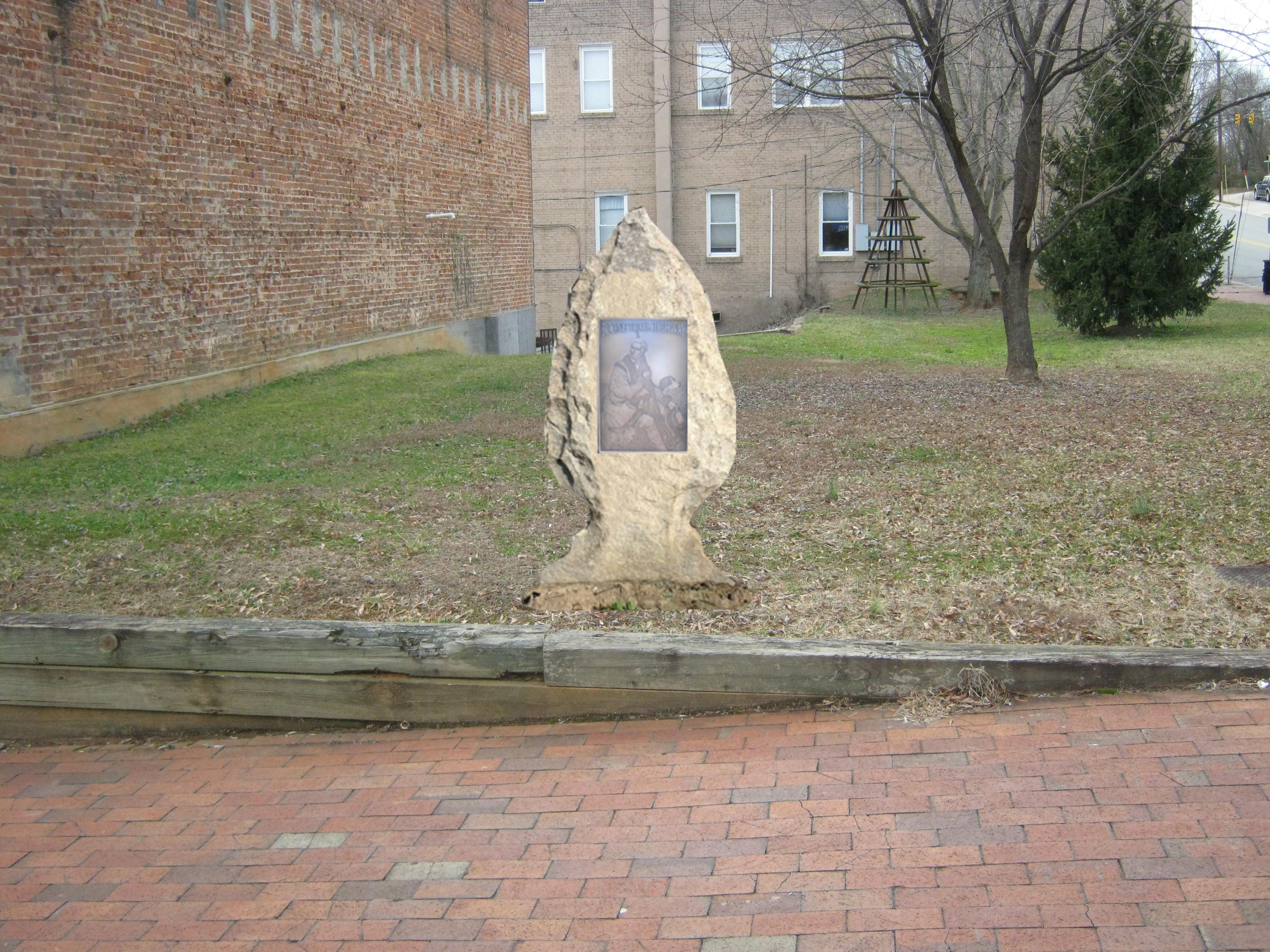 Join Us for the Daniel Boone Trail Highway Marker Unveiling in downtown Elkin across from the Habitat for Humanity store on Hwy 21 (Bridge Street). The Elkin Valley Trails Association is building trails in Wilkes and Surry County and in particular is working on trails that traverse the Elkin Valley. The EVTA members discovered in our search for trails that the Boone Trail Highway was located in Wilkes and Surry County and in particular, they found that a monument was slated for placement in Elkin in about 1921. The Boone Trail Highway and Memorial Association (BTHMA) was founded in 1913 by Phillp Hanes, and Thurmond Chatham was the Director of the BTHMA from 1928 to 1932. Descendents of Phillip Hanes and Thurmond Chatham still live in Wilkes and Surry County. The EVTA discovered that Elkin was on the original iron plate made for this trail and this plate appears on page 284 of the book Rich Man: Daniel Boone, by Everett Garry Marshall. Elkin is on the BTHMA official Registry of Markers and was to be the site of Marker # 104. Everett Gary Marshall will unveil the Elkin monument and talk about the history of the Boone Trail markers, in particular marker # 104, at 5:30 PM on Tuesday 10 September 2013 in downtown Elkin. The first Boone Trail Highway Monument was placed in Winston-Salem and it still exists. That marker is the start of the Boone Heritage trail. The Elkin marker is seven-foot high knapped granite arrowhead marker made from Mt. Airy Granite. A bronze plaque cast in the manner of the original markers is inset into the granite. We thank John Holcomb, Finance Officer Town of Elkin and his wife, Tammy; Eddie Harris, Surry Commissioner; Joe Hicks, history/engineer/coordinator; Robert Nicks and Bill Blackley, historians: Will Gwyn, Greenhill Environmental; Hub Hubbard of DesignCast Concrete; and Hershel Watson, Watson’s Metal; DH Griffin, property; and Chris Carter and Bob Hilyer, coordinators for easements, for their parts in bringing this piece of Elkin’s history back to tangible life. Come Join Us on Tuesday, September 10! 5:30 – Unveiling of Boone Trail Highway marker (grassy lot across from Habitat for Humanity, Hwy 21)