Posted on November 28, 2012 by myfrienddenise 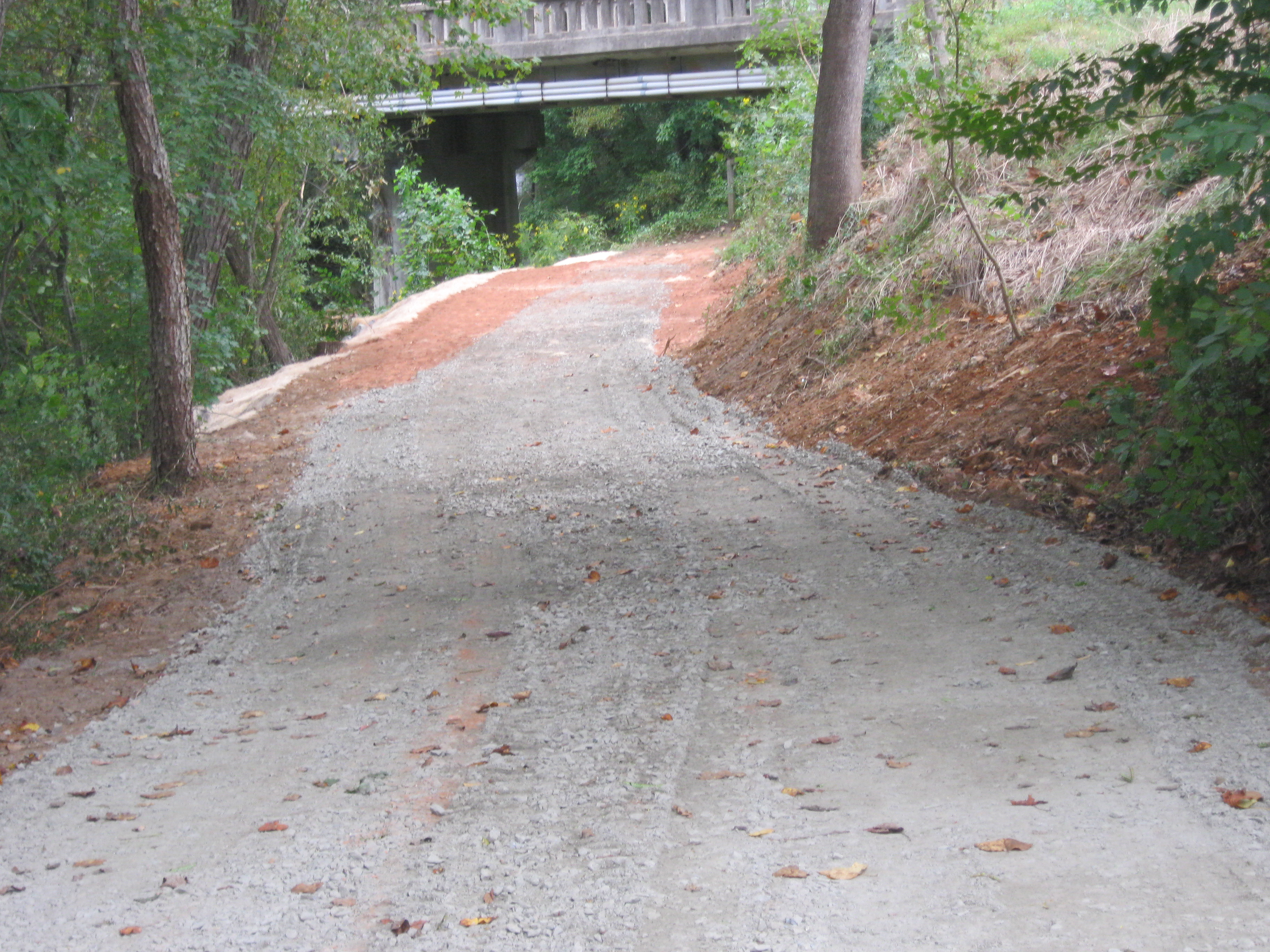 Our mission is to develop a trails system that will increase quality of life for area citizens, attract visitors and help recruit and retain businesses in our community and thereby increase jobs and improve our economy.

We are actively supporting The Yadkin River Blue Trail by working to support a boat/canoe/kayak landing at on the Mitchell River.

We are working with the Town of Elkin to develop a mountain bike course.

We support the eastern branch of the Overmountain Victory Trail that originates in the Elkin Municipal Park and that the Town of Elkin is working with OVT Superintendent Paul Carson to establish.

We have focused on the history of the Elkin & Alleghany Railroad and the importance of the Big Elkin Creek to the northwest North Carolina economy.

We plan to integrate the study of flora, fauna and aquatic life on our area trails.

1. Laid out a two mile wide hike, bike and horse corridor through the Elkin Valley from Elkin to Stone Mountain State Park and developed handshake and permanent easements of much of this trail.

2. Worked with the Friends of the Mountain to Sea Trail (MST) to re-designate our trail as the primary MST Road Route from Stone Mountain State Park to the Yadkin River.

4. Designed a bridge and raised money to build it.

5. Gained new easements and permissions to construct our trail in town.

6. Researched the Elkin & Alleghany Railroad and have a proof of a new book to publish on this topic.

7. Worked on a new trail and campsite along the Yadkin River in Crater Park; worked with Damion Spicer, Eagle Scout, as he built a new canoe/kayak rack; partnered with the Yadkin Riverkeeper on the Tour de Yadkin and Elkin’s “Night in the Village” (now a yearly event)

8. Rediscovered the fact that Elkin is on the Daniel Boone Highway and are working to remount a Daniel Boone Trail Plaque.

9. Worked on trail maintenance projects in Elkin and at Stone Mountain.

11. Was awarded grants by the Winston-Salem Foundation and Lowes’ to bridge gaps in the trail.

13. Worked with NC Wildlife Resources Commission on establishing a trout fishing program for the Elkin Creek

14. Worked with the Duke University Nicholas School of Environmental Management to write a preliminary watershed plan for the Elkin Creek to reduce silt and improve aquatic habitat. A more formal study is beginning now with the Piedmont Council of Government with the Town of Elkin and others involved.

A special thanks goes to the Governing Group and Steering Committee of active volunteer citizens who have been the leaders working to accomplish our objectives this year.